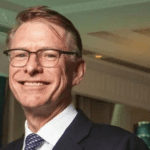 The Crown Resorts CEO resigns from his post as the investigations into the cases of money within the Crown goes on. Ken Barton who was the CEO of Creon Resorts or rather the managing director has chosen to step down from his post.

He made this decision after the report of supreme court judge Patrician Bergin released her report.

In this report, it was stated that the company was no longer fit to hold the Crown Sydney license. Therefore, through his choice to resign as CEO, the company is seeking ways to improve its image as well as ways that it can manage to rectify the situation at hand that has left the Crown with such a bad name within the industry.

Like how online casinos strive for perfection within their gamblers, as the Crown Resorts CEO resigns, this is also a step to ensure that a certain standard is maintained within the company. 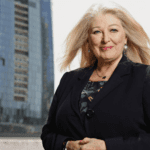 Ken Barton, who is now the former CEO of Crown resigns, and in his place, Helen Coonan will lead the company as they search for a new CEO who will be able to fit the role. In a statement released to the press, Barton noted that he was working with the company to ensure that his departure will not raise any mishaps within the company and that there will be a smooth transition of power.

Barton further noted that through his resignation as the Crown Resort CEO the company is on the right path as it works to ensure that it restores its reputation and further works to build confidence with the public as well as to regain its image.

Barton has worked with the Crown for over a decade now and he was the first chief financial officer. He was then named to be the CEO of the company in early 2020.

Commissioner Bergin who is at the forefront of leading the investigation against Crown Resorts stated that she believed that Barton was not the right match for the company.

According to Bergin, Barton, as the CEO of the company at that time Barton must have taken steps to launch a full investigation into the company when the accusations of money laundering began.

Barton, as the former CEO of Crown Resorts, is also being accused of misleading the shareholders during a 2019 annual general meeting.

With the Crown Resorts CEO’s resignation, there were more resignations within the company. These were from three of the directors of the company. Namely, these were Guy Jalland, Michael Johnston, and Andrew Demetriou.

These three directors are said to have left their post so that the Crown Resorts would be able to continue with its internal reform program. The new managing director Coonan apologized for the behaviors of her former colleagues and vowed to ensure that the reputation of the Crown will be restored to its former glory.

The Crown Resorts CEO resigns as a gesture to make up for his alleged shortcomings. Through his resignation, came three more and the company will make sure to ensure that the reform program goes on smoothly. After the resignations of the CEO of Crown Resorts, Helen Coonan was appointed to be acting CEO as the company seeks to find a candidate for the position.

Illegal Casino Locations Around the World

What You Need To Know Before Playing Casino Games Online 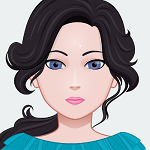